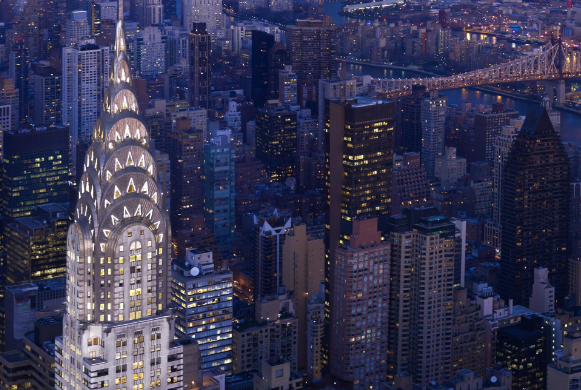 New York City has assembled some of the most visionary and distinctive architecture over the course of its long and storied history. From classical majesty of the Beaux Arts style and the classic New York Art Deco to the refined appeal of today’s modernist style, we will show you the eclectic beauty of the Big Apple. Here are five of the most iconic architectural landmarks.

There may be taller, more innovative and more beautiful buildings in New York City, but this Art Deco skyscraper is a given symbol of the New York City skyline. When it was completed in 1931, it was the tallest skyscraper in the world, until it was surpassed by the original World Trade Center in 1973. Having appeared in movies like King Kong and Sleepless in Seattle, this massive tower is also a pop-culture icon.

Walter P. Chrysler, who funded this Art Deco beauty, must have been proud when it was completed in 1930. At the time of completion, it was the tallest building in the world with its 1046 feet (319 m). But already after 11 months, its status was usurped by the Empire State Building, leaving Walter Chrysler without a title and only his pride. 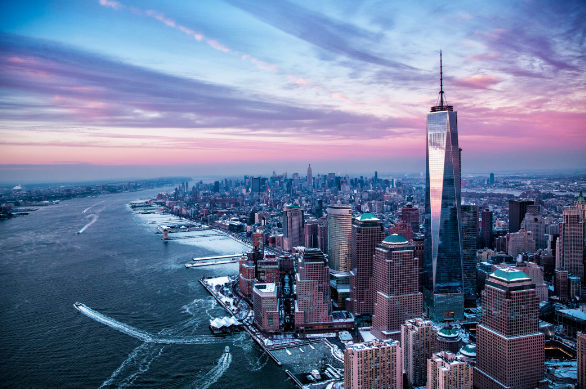 After the terrible events of 9/11, the new tower, a testament to American strength and unity, was all about rebirth and renewal – in more than one way. 100% of the energy used in the building comes from renewable sources like wind and solar energy. This twinkling megatower was designed by legendary Fumihiko Maki and welcomed its first tenants in 2014. Its striking height of 1776 feet makes it not only the tallest building in the western hemisphere, but also the most patriotic building around. Our students of history will notice that 1776 is the year that the U.S. Declaration of Independence was ratified. Isn’t that wild?! Doesn’t it make sense that another one of the names for this gem is “The Freedom Tower”?

Grandiose. Glorious. Majestic. Awesome. Beaux Arts. Grand Central is a true gem of New York City, almost defying ordinary description. The largest railroad terminal in the world is a must-see when visiting New York, hiding many gems and secrets. It is home to the whispering gallery, the iconic oyster bar or the gigantic clock in Tiffany’s glass to mention a few. And did you know that it hides a secret tunnel that connects the train station to Waldorf Astoria Hotel? 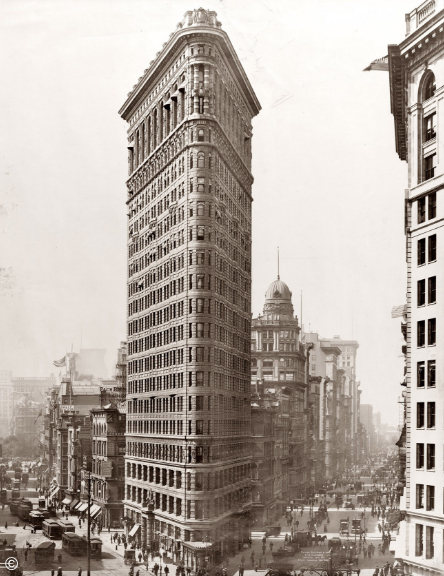 Fashioned by Daniel Burnham, a contemporary of and adversary to Frank Lloyd Wright, with ancient Greek columns on his mind, this triangle-shaped Beaux Arts tower has been a New York icon for over hundred years. It was one of the first buildings to use a steel-skeleton and still one of the only to have a triangular base, enabling it to rise up 285 feet (87 meters), which made it one of the first skyscrapers.

When the Flatiron Building was completed in 1902, it diverged so far from the status quo that many people believed it would collapse. Little did they know it would be a vanguard for all the skyscrapers to come. Today, it is still standing tall for all to see at the crossing of Broadway and Fifth.

That is all we have for you today, but we have so much more to teach you about the icons, history, and people of architecture in New York, so why don’t you take the plunge and sign up for our course in New York Architecture?